It already feels like its going by too fast.

Too many things to do and not enough time to do it in.

And school starts again in a month.
Posted by matryoshka at 10:24 AM 1 comment:

Baker was a pony at Jupiter's therapeutic riding stable. Jupiter rode him for a year or so. When she was first practicing cantering, Baker was the pony Jupiter fell off of. When she picked herself up out of the dirt; Baker was looking at her very apologetically; even though it wasn't his fault. When Jupiter first started to ride off lead, the riding instructor turned around one day to see Jupiter gleefully trotting Baker through the cones (which they were supposed to be doing at the walk). Baker took care of the riders; even when they weren't following directions.

Last week I got a call from the riding teacher. Baker died unexpectedly last week from a perforated intestine; and the riding teacher was concerned about Jupiter being upset. So she called to let me know so we wouldn't show up at the farm on Saturday to find out. (In fact, the riding teacher made 24 phone calls to families that day).

So that night after story I told Jupiter about Baker.

She smiled. She wondered where they would put (bury) him. Then she said that we didn't have to worry, because we have Wally (new horse) now.

The next morning, the riding teacher called to find out how Jupiter was taking it.

I also told her that Jupiter will, in fact, grieve for Baker. But it will be at some undetermined point in the future, and it will be something completely unrelated that triggers it. Most likely some other kid at school will do something that bugs her, and she will sit on that and let it fester all day, and when we get home she will explode with angry emotion. She will disolve into a kicking, screaming, hitting biting scratching fury until the fury is spent.

Only after all that will she be sad; and it will be for Baker.

I find it interesting that the girl in Jupiter's riding lesson who is a year younger and on the autism spectrum had no difficulty in displaying immediate and appropriate sadness about the loss of Baker. My daughter, who absolutely loves all her horses; probably because she loves all her horses as much as she does; is not able to do that.

She did break out in hives the next day. When we went to riding, I told the instructor about the hives in case Jupiter was scratching. The instructor immediatly surmised it was a physical reaction to loss becuase she wasn't allowing herself an emotional one. Which made perfect sense. I wish I'd thought of that, and saved two hours trying to figure out if Jupiter had eaten anything new and different lately (which of course, she hadn't). She's still scratching the heck out of all the itchy spots.


"Baker died. He's in New Hampshire." That was how she put it when she told my sister about Baker. Baker had been taken to the equine vet in NH and his remains were not yet returned to the farm; so as far as Jupiter was concerned, he was in New Hampshire.

One day this week, Jupiter was saying that she could hear hoofbeats when she was falling asleep at night. I suggested that maybe it was Baker (and a minature pony named Daisy) coming to keep watch over her while she was asleep.

She loved that idea.

And I am sure Baker is still taking care of his riders; even as they sleep.
Posted by matryoshka at 8:06 PM No comments: 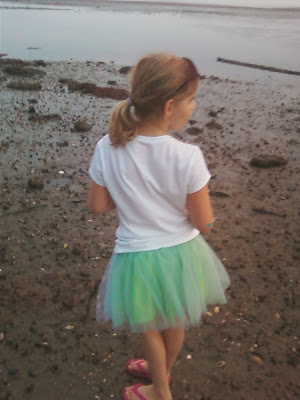 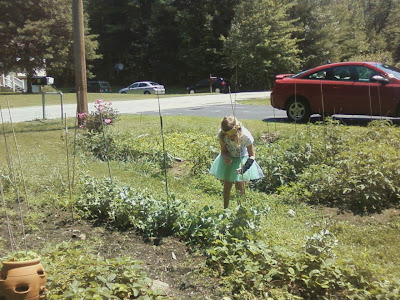 Apparently blogger prefers this picture of Jupiter eating sugar snap peas out of the garden on the Fouth of July.

The other picture is waiting for the Fourth of July fireworks to start.

Posted by matryoshka at 8:34 PM No comments: 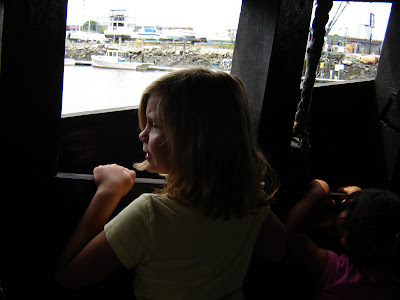 checking out the view from the Pinta

imagine another picture here that you can't see because Blogger won't let me upload it.

Posted by matryoshka at 8:29 PM No comments: